As part of their summer awareness campaign I was asked to design and artwork three leaflets for Ghost Fishing UK. Each leaflet was designed for a specific demographic – Divers, Kids and the Public.

The divers leaflet incorporates a form for reporting ghost gear they have encountered on their dives. It is also designed to behave as a mini poster for club notice boards with imagery appealing to divers. The kids leaflet also opens as a poster for school notice boards and contains content and images that will hopefully emote them of the plight of marine animals trapped in lost fishing gear. This generation is so important in communicating the continued work needed to help resolve this environmental problem.

The public leaflet is more general in its message but alongside the other two, is being distributed at talks and pop-up stands at various locations around the UK including a week long presence at Gweek Seal Sanctuary in Cornwall. 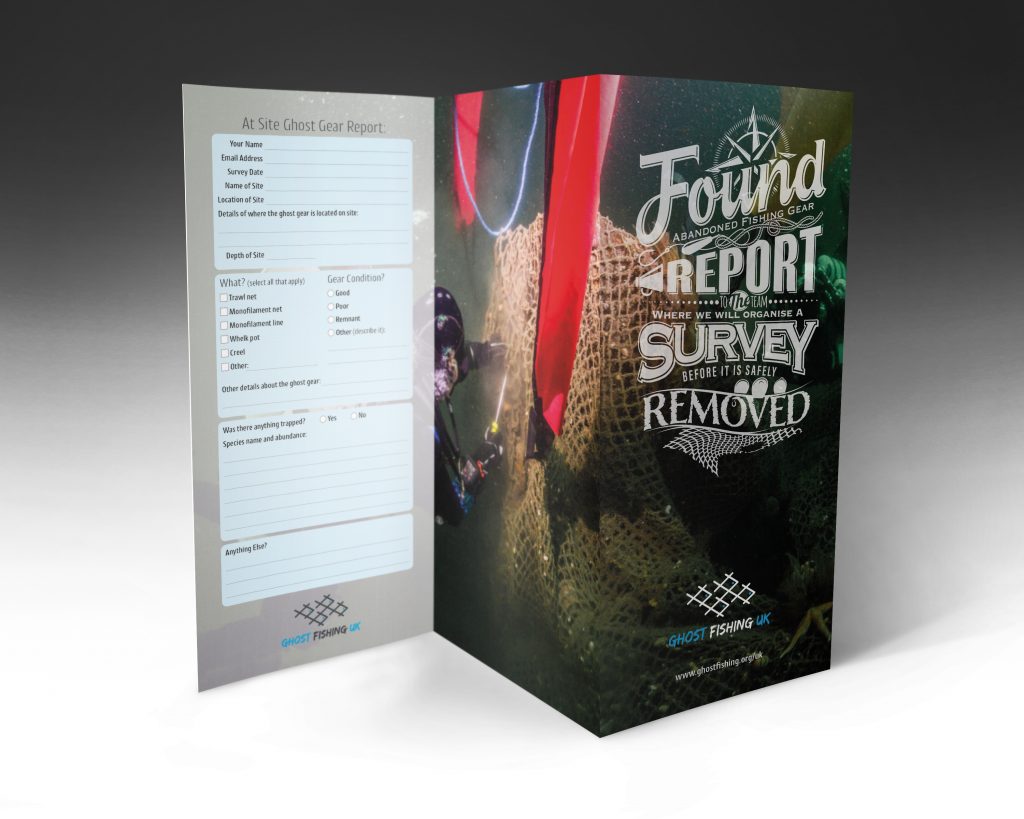