Heritage Flies are hand made trout flies using only genuine materials and hooks from the original patterns. The limited edition collections are beautifully presented in compartmentalised, brushed aluminium tins that are then placed in draw string pouches of heritage, Scottish tartan. The first work I had from them was to create an illustration for the ‘Charles Ritz’ collection. I created a series of brushes in illustrator which were designed to emulate engraving. I used these over a pencil sketch I had drawn of the composition that incorporates Charles Ritz fishing at his favourite spot – the mill of Aclou on the river Risle with his dog watching on. The artwork was then lasered directly onto the tins and a black infill applied. I then went on to design the logo which featured on the inside lid of the tins, all documentation and certificates of authenticity.

Since then I have gone on to design several tins for various collections, including a black tin for ‘Welwyn Marryat’. For this illustration I used the same brushes as I had created for the Ritz tin and worked in Adobe Illustrator with white linework on a black background. Working in black on white would have resulted in an image that would have looked negative when reversed out of the black tin. The typography on all tins reflects the period of the featured anglers life with quotes by them. 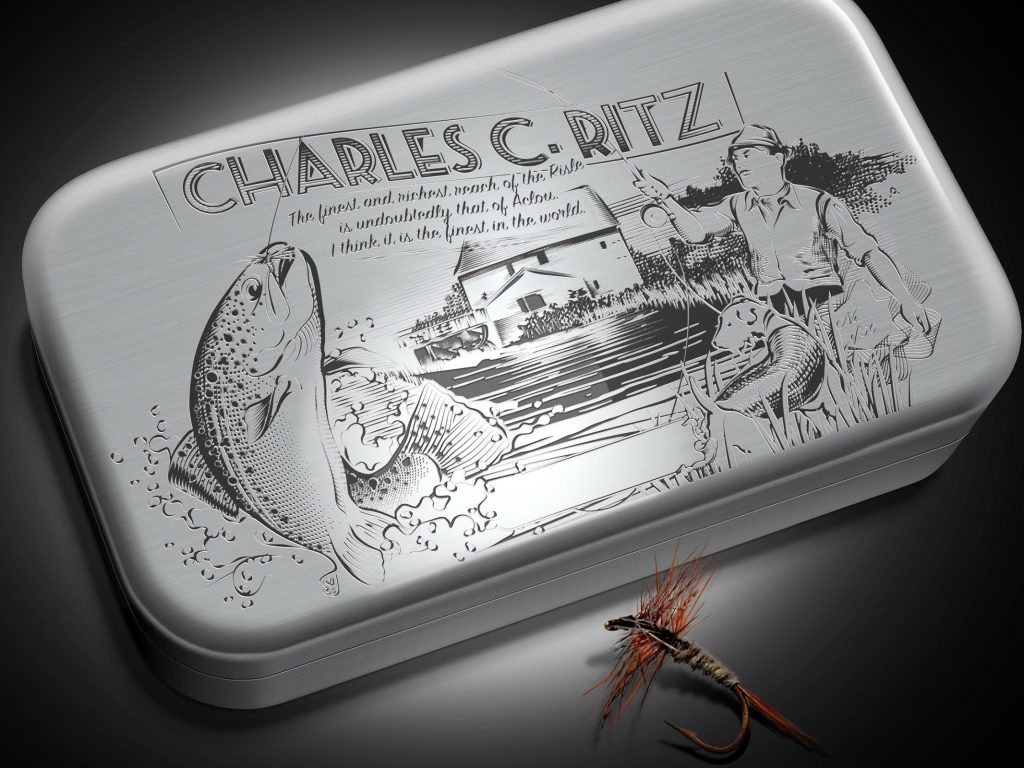 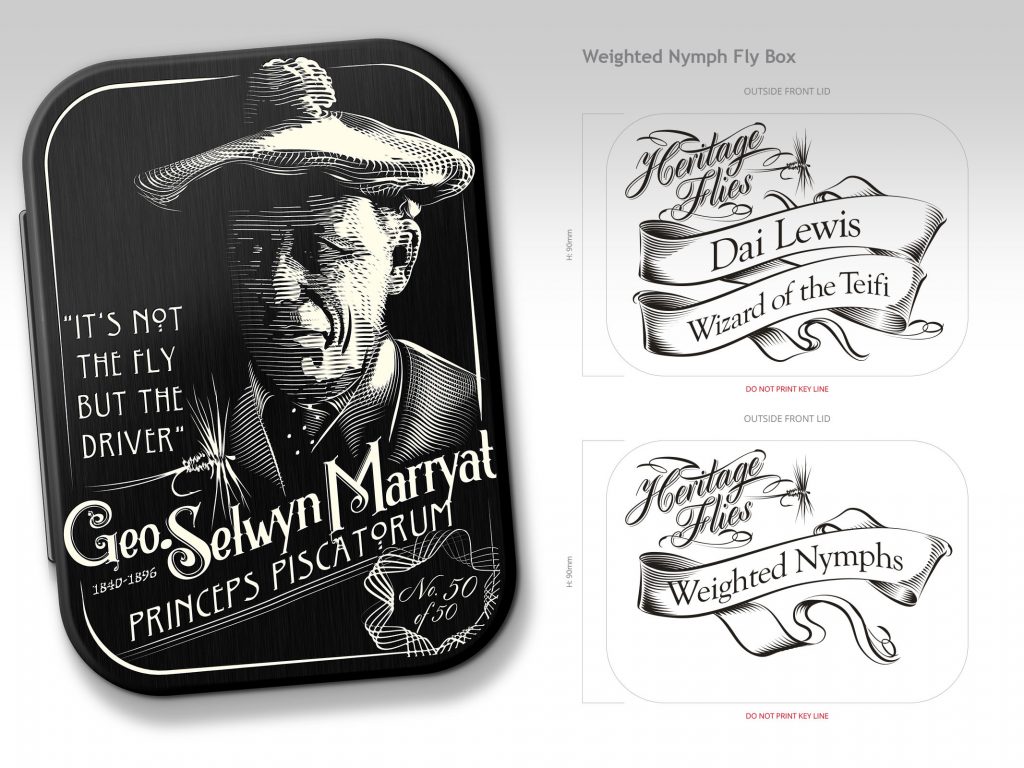